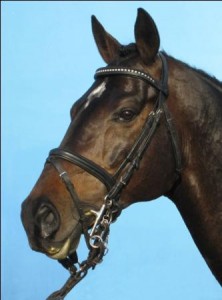 Wickstead Didgeridoo (Balloo) was one of our homebreds and was a breeding stallion as well as an advanced event horse, however we had him gelded in November 2013 and he was sold to a new home in 2015. There is still frozen semen available, please contact us for more info. Balloo is a likeable character with a flamboyant jump. As a stallion he was approved with the Anglo-European Stud Book. Balloo is a 16hh dark bay by Mayhill (NZ TB) and out of an Irish Sport Horse mare. He has a scopey jump, good paces and a wonderful temperament. A laid back, trainable character, he has shown great promise throughout his eventing career so far. He was third in only his third advanced event at Highclere Horse Trials and he consistently gets dressage marks in the 20s and low 30s. Balloo has successfully competed up to 3* including Aachen CICO*** where he represented Australia in 2013. It was a very proud moment for Paul and Georgina. The team finished in 4th place and Balloo a respected 22nd against some of the best horses in the world. His progeny are showing promise already and all have his laid back attitude, good conformation and are easy to handle. 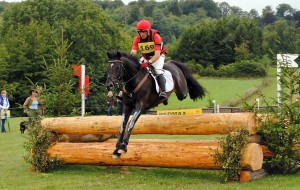 Video – watch Wickstead Didgeridoo in action in all three phases.